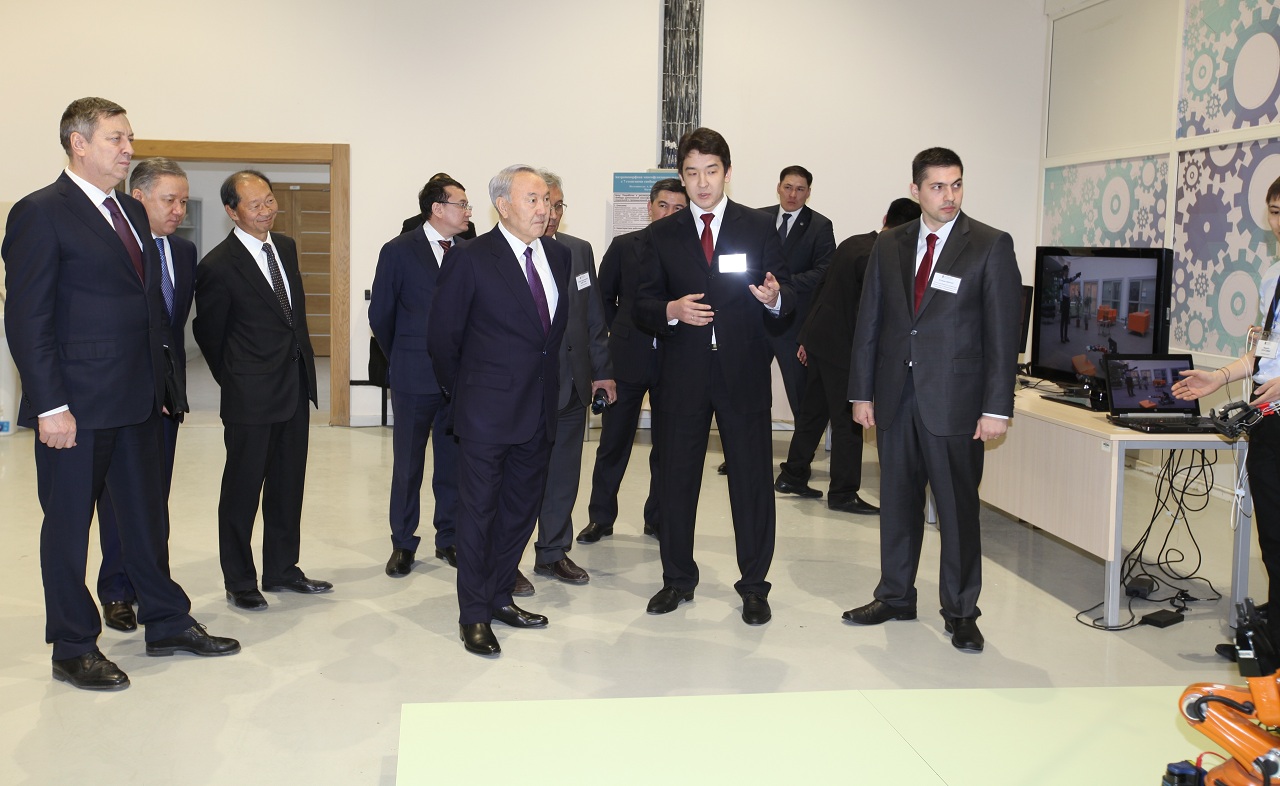 ARMS Laboratory members had the honor of demonstrating their research work with commercialization potential to President Nazarbayev at the NU Technopark. Three projects of the principal investigator Professor Atakan Varol were presented by Artur Saudabayev, ARMS Lab researcher and a Bolashak graduate.

The presentation started with Birzhan Nurimbetov and Omar-Sayan Karabayev (Bolashak graduates) carrying out a live demo of their inertial motion capture based teleoperation system for mobile manipulators. They stated that the work was a finalist for the KUKA Innovation Award 2014 and was presented at the Automatica Expo in Munich. President noted the potential applications of the technology in the area of defense and search-and-rescue.

Another Bolashak graduate Altay Zhakatayev, junior researcher of NURIS, showed his closed-loop control strategy for variable stiffness actuated robots. The project, supervised by PI Dr. Atakan Varol and co-PI Dr. Matteo Rubagotti, is recently funded by the Ministry of Education and Science for the duration of three years. Upon the question of the Mr. President on potential application areas, Altay stated that this method will be instrumental in the design and implementation of next generation prosthetic devices and he intends to build and commercialize a lower limb prosthesis in Kazakhstan.

Farabi Kungozhin and Nursultan Imanberdiyev, senior students of the Department of Robotics, presented their myoelectric control strategy for multigrasp robotic hands. They want to continue their postgraduate studies at NU and commercialize their research work through an Internet based company. President Nazarbayev asked technical questions to the young researchers and encouraged them to continue their work on their projects. Energy Minister Vladimir Shkolnick, Minister of Education and Science Aslan Sarinzhipov, Head of President’s Administration Nurlan Nigmatulin, Aide to the President Yerbol Orynbayev and the president of the Nazarbayev University Shigeo Katsu were also part of the President’s entourage.