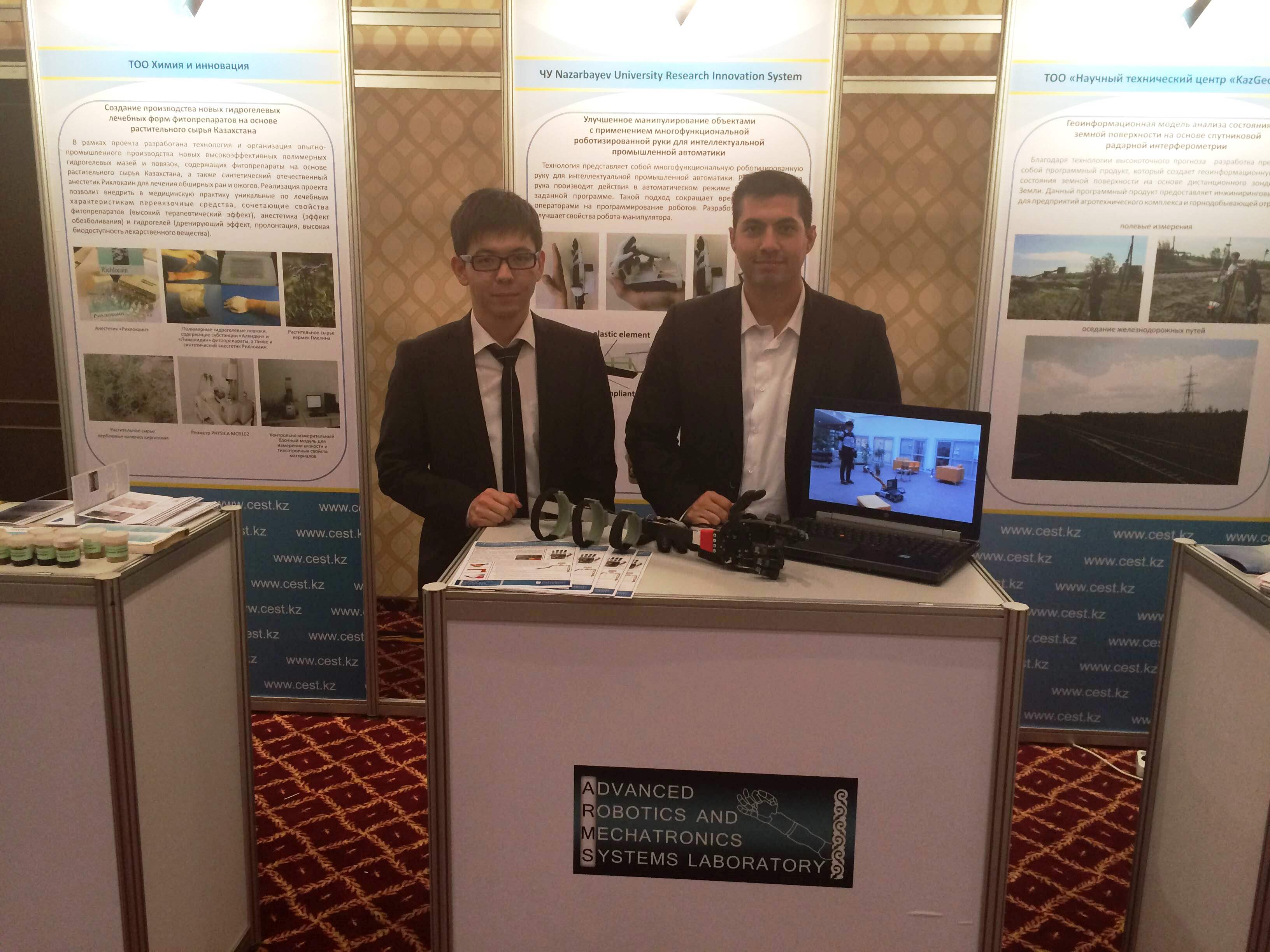 The first day of the event started with presentation of first projects carried out and succesfully finished under the technology commercialization program. Principal Investigators of the projects reported on both technical achievements and commercialization success. Later the forum continued with Plenary Session which saw the high level participation from the Kazakhstani government including Vice Prime Minister Gulshara Abdukalikova and Minister of Education and Science Aslan Sarinzhipov.

ARMS lab members reported on the intermediate progress on the project “Enhanced Object Manipulation Using Multigrasp Robotic Hand for Intelligent Industrial Automation” which is carried out with the support of the program. Kazakhstani Parliament members, as well as business and industry representatives expressed interest and enthusiasm on the work accomplished by researchers.