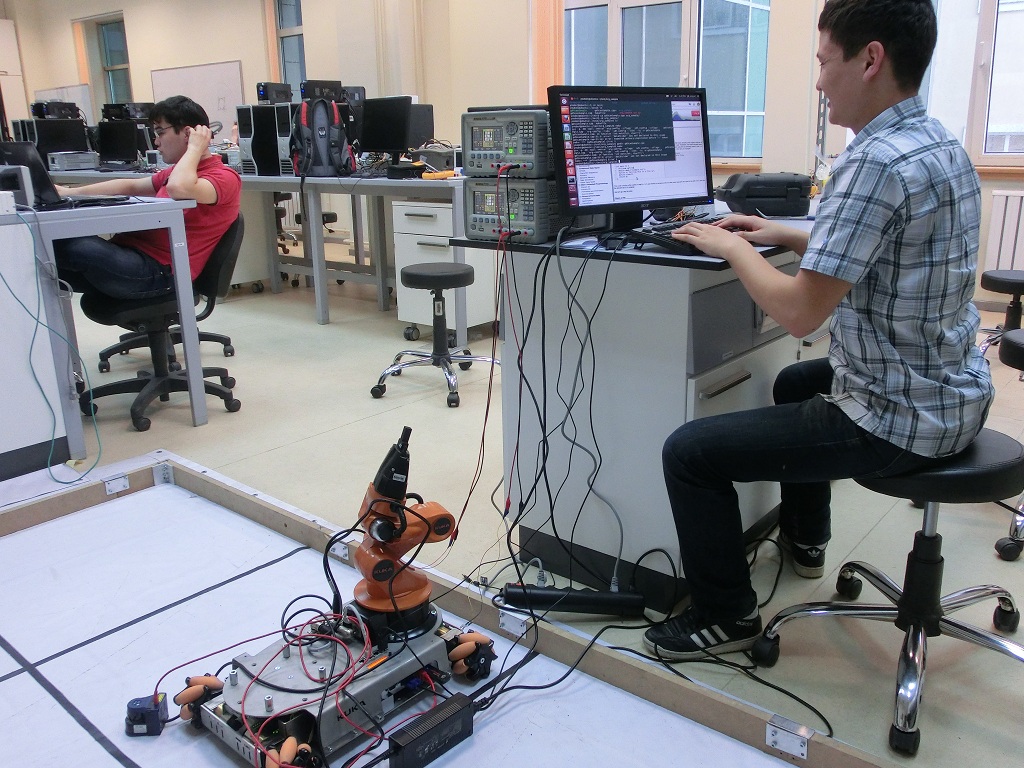 Student gained valuable skills in different areas of robotics and mechatronics such as embedded systems and programming, robotic system design and development, computer aided drawing, 3D printing. Beside these technical skills, they also learned how to work in teams and finding creative solutions for open-ended problems.

Farabi Kungozhin, a robotics student starting his third year of studies, stated that the internship was a great opportunity for applying the knowledge and skills obtained during the classes.

Damir Nurseitov, second year student, worked on the gait design of a quadruped robot and stated that he is happy to be a part of cutting edge research.

Angelina Gerbolt, who worked on the design of a human user interface for a mobile robot system using inertial motion capture system, thinks that the summer research opportunity strengthened her determination to become a robotics researcher and pursue graduate studies in future.

Work of the several undergraduate interns will contribute to scientific publications of ARMS Lab and their names will appear as co-authors in these articles.

With the start of new academic year, ARMS lab wishes all NU Robotics students an effective and efficient year, and hope to see you and new people involved into research next summer!